books.google.co.uk - Dorothy Heathcote is the most public drama teaching figure in the world. She has taught classes of children in five continents. The numbers must run into millions. In addition, innumerable teachers have watched her teach in person or on video and television. How did someone who left secondary school...https://books.google.co.uk/books/about/Dorothy_Heathcote_s_Story.html?id=oNRKD9yHbXMC&utm_source=gb-gplus-shareDorothy Heathcote's Story

Shop for Books on Google Play

Browse the world's largest eBookstore and start reading today on the web, tablet, phone, or ereader.

What people are saying - Write a review

We haven't found any reviews in the usual places.

Gavin Bolton is a graduate of Sheffield University. He taught for thirteen years to various groups of students, from elementary and secondary to sight and hearing impaired. In 1958, Gavin became Deputy Principal of Secondary Schools. In 1961, he took the position of Drama Advisor to the Education Authority in County Durham. He joined the staff of Durham University in 1964 and taught there until his retirement in 1989. He is currently an Adjunct Professor at Victoria University in British Columbia, and a visiting professor at New York University and the University of Central England at Birmingham. 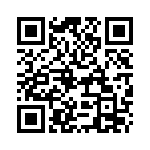